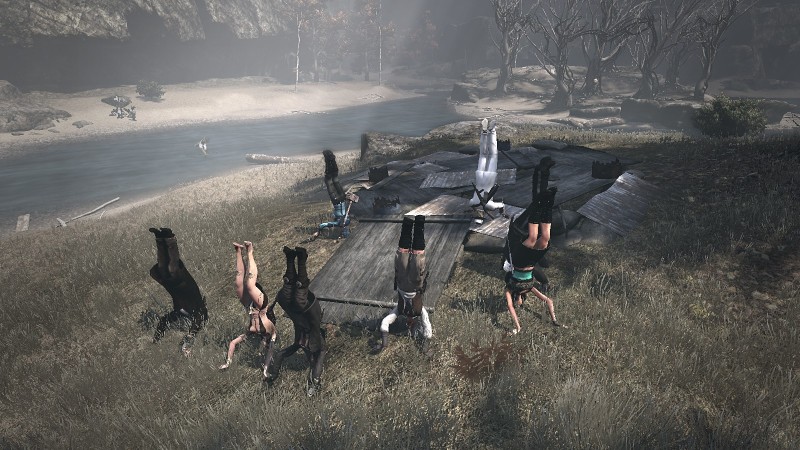 This is a “Talk Back Challenge” post, created for the Newbie Blogger Initiative. This sort of post is designed to encourage conversation about a broad topic and to entice conversation about the topic. One of the New Blogs on the Block (NBOTB), Away From Game, has been tasked with writing about the same topic. So, once you are done with my post, please go check theirs out. Or now. Whatever works for you. I’m easy. If you are coming from the NBI pages, feel free to comment, or write a piece of your own and link back. As always, thank you for reading! 🙂

First, a universal truth: The shortest distance between any two points is a straight line.

The reason this truth is so universal is it not only applies to Euclidean geometry, but to the world at large. The easiest answer is most likely the correct one. When walking, our collective feet naturally create the pathways that make the most sense, even if it’s not on the pavement. Scientists look at patterns found in nature, and they resemble patterns we use or could use in our lives. In other words, we will always take the easiest path to achieve our goals. Keep this in mind.

Guilds are the primary social structure of these MMOs that we play. We use them to chat with others, to share resources, and to run group-oriented content. But what is our motivation for joining them? Is it because we are social creatures and that we feel that our addition to a guild can make the overall guild better? Or, really, do we join them for purely selfish reasons?

Except Damianus, and whoever that Ambrose fool is, it’s all about the Need!

Time and time again, I’ve seen that MMO gamers have proven themselves to be selfish. I mean, just take a look at the picture on the left there. I took that in Star Trek Online just a couple of days ago. In a random group with random strangers, for an event that lasts less than a few minutes, almost every single person, on every piece of loot dropped, when given a choice of whether to “Greed” it or “Need” the item, chose “Need”. Did they really need it? No, of course they didn’t! In a random group, hitting “Greed” on a drop, in this case, was literally handing the loot to someone else.

With loot being one of the primary paths to success, having more loot is the straightest path to our goals, even if that involves skirting the social mores of fairness. If our goal is to reach the top level fastest, we will take Experience Boosters, or only do the missions that reward the most Experience points. If our goal is to make the most money, we will farm the most profitable materials we can sell to others, we will manipulate the in-game auction house to corner the market on goods, and we will essentially spend our gaming time eeking out the highest Gold/hour ratio we possibly can. And if our goal is to get all the best end-game gear, only obtainable through grouping and raids, we will join guilds that make this process easier.

So if our collective gaming goal is one of selfishness, that we are just trying to improve our own characters, why do we form guilds at all? In my opinion, we form guilds paradoxically because it raises our individual success. If, in a dungeon, you join a PUG with random players, they are more likely to exhibit behaviors found in the above Need/Greed example. A random group is less likely to complete the dungeon in the first place than an organized group, and then when loot drops, they are less likely to be fair about it’s distribution. An organized group is significantly more likely to be fair in it’s loot distribution as well as it’s competency, thus improving individual progression chances.

This is even more evident when players drop a guild they are in and move to a big raiding guild. On an example I have made previously, once guild members reach the upper echelons, and the current guild they’re in isn’t giving them any more progression, they will generally seek greener pastures that will.

This should be no surprise, though, as it is also found in nature:

We’re used to thinking of social groups as fundamentally cooperative entities, but with some kinds of groups, nothing could be further from the truth. In fact, the best-known biological theory of herding, William Hamilton’s “selfish herd” idea, proposes that herds are the result of individuals trying to ensure that other members of their species, rather than themselves, will get eaten by predators. – Michael Price, From Darwin to Eternity

“Get eaten by predators” may be extreme, none of us are eaten by a predator when we lose a loot roll, but the execution is similar. At the end of a boss fight, a piece of loot can only be distributed to one individual. That individual significantly improves, but the group only improves if that one individual continues to play with them. The choice, ultimately, is in the hands of the player.

Now, I could just have this stance because I haven’t had the best of luck with guilds in the past. They would either demand ridiculous amounts of time, or have almost zero activity that made staying in them the same as not being in a guild at all. And now? With my transitive nature, the best guild I’m in is one with players in multiple games, with Twitter our primary contact. So it goes.

I know this isn’t the most efficient manner of getting loot, but then not all of us join guilds just for the loot alone.

I Have Touched The Sky

MMO One Night A Week