Hell has such a fascinating story in TSW. Demons are misunderstood, and Angels are far from heavenly.

Do we really *want* the items that are proferred to us in MMOs? Or just the ability to pursue them?

The thought struck me as I finished up yet another losing El Dorado PvP match in The Secret World. I haven’t won a single match playing El Dorado yet. It’s a faction based, collect and hold items sort of PvP match. In all the matches I’ve played so far, the Illuminati haven’t won a single one. But at least I was able to check off another daily challenge. And that’s all that matters in the special item-of-the-month chase this time around.

That item is the Doomboard, a Hell-themed hoverboard mount. Is my character really that “Hell” themed? Not really. I don’t even think it looks that great. But… it’s an item to chase, and I do love The Secret World. So why not chase it? The chance to chase limited-time items isn’t one that comes around often in TSW, and any reason to play TSW is a good reason.

The worst part is, though, I don’t even *like* PvP. I’m not a competitive person and beating my fellow players isn’t something I would actively seek out. But then again, grouping up with them isn’t something I’ve necessarily enjoyed, either. I’ll do it periodically, just to check out some content I’ve never seen, but grouping for dungeons in MMOs I’ve found is just as competitive as PvP, if not more so. Sure, you’re all after the same target and same goal, but gear discrepancies, different builds, or experience will still separate you into the gaming haves and have-nots. And some players will go out of their way to tell you how much they think you’re a “have-not”. Social PvP, if you will.

To get the Doomboard, though, PvP and Dungeon running are a must. So I’m heading outside my comfort zone and trying new modes of play, just as the developers intended. I’m all up for trying new things, and now I have some nice self-made-builds for when I head down into PvP or dungeons, so there is that. And I’m getting nice chunks of reward to keep making gear progress, so there is that as well. 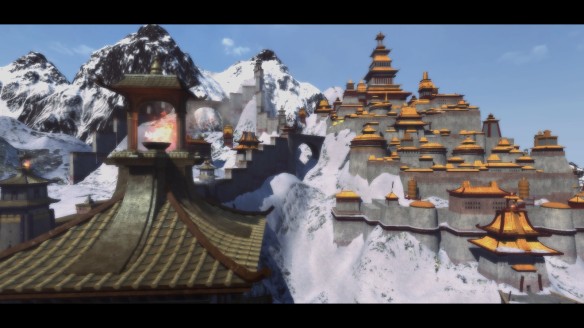 Tried out Shambala for the first time, too. With a win, no less.

The next-to-worst part, though, is that I may not even get it. Because of my reluctance and inexperience in the highest levels of running dungeons and content, I can still only complete just a few challenges a day, which puts me at an uncomfortable amount of playtime to get the remaining challenges completed. But dang it if I still won’t try, comfort zones be damned.

If we all stayed inside our comfort zones, how would we ever grow?